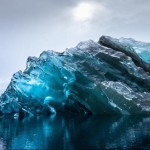 What it does:
It lets you create and edit props directly ingame through inventory GUIs. Simply create a new object and add parts to it. Currently available parts are: normal (holds an item, the commonly used part), sitting (let's you sit on it when you right click it) and fire (plays fire particles, handy for firecamps). It also lets you place and remove those props in the world. Could be called dFurnitureManager!
Here is a screenshot:

Sample stool and log are included :D
Links:
Script Repo For "stable" (hopefully) releases
Git Repo For even less stable releases, and issue/suggestion posting!
Note:
This is my first public script, so it has several flaws. First one of them is it lacks sanity checks so trolls don't break everything. I'll try to add it soon, as I'm constantly improving the script. I'm also aware of the lack of documentation, so feel free to personally ask me anything you might need in order to use dFurnitureEditor. I'm a Git noob too, so forgive me if I don't manage it too well, I'm starting! Hope to see you around, and happy scripting! ^^
Top

Great concept and a wonderful start to what promises to be an epic dScript!
We are the music makers, and we are the dreamers of dreams...
Top

Good news everyone! After receiving feedback about my code I've been working hard to fix many issues and improve data structuring.

That more or less wraps it up. As you can see it has been a pretty big change so I'd appreciate any further feedback.

Last but not least, a big thanks to people giving feedback and helping when I encounter an issue. Specially BlackCoyote and |Anthony|! Cheers ^^
Top

Can the props be adjusted in yaw and pitch? Say I want to make a turret point towards a player.
Top

Yaw can be adjusted easily to the whole set of armor stands making a prop with the dfe rotate command. About the pitch, I'd have to adjust the armor stand head angles of each part individually, not taking into account their own angles. So I'd say that's kind of hard to do, sorry =/ If you come up with an easy way out, let me know.
Top
Post Reply
6 posts • Page 1 of 1

Users browsing this forum: No registered users and 2 guests