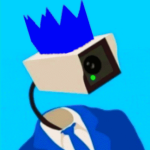 Connects your discord bot to your Minecraft Server, and relays the chat two-ways as well as player events to your discord channel of choice. This script requires the plugin(s) dDiscordBot found here: https://ci.citizensnpcs.co/job/dDiscordBot/

1 )drop main script into denizen/scripts/
2a) drop config file into denizen/data/Discord_Chat_Relay_Config.yml [make sure it's named this as well]
2b) if this directory doesn't exist, create it
3 ) plug your bot token & channel ID into Discord_Chat_Relay_Config.yml
4 ) restart server or reload scripts, followed by issuing the /discord reload -a command

This script has Message Constructor Library compatibility; if you don't already use this script, it's awesome and you should pick it up! Elsewise you'll just be missing out on click-able chat text. Works fine without.

This script also has Votifier compatibility; if you want notifications in discord chat of votes, leave it as is, elsewise delete these lines (found on line 103):

Additionally, they can be copied here:
Spoiler!
Main Script:

I'm notorious for tiny mistakes; so if there's an error, let me know and i'll fix it as quickly as i can. This is the script I use for my own server, minus a bit of logic removed that I didn't think should be included like my staff-chat and build-chat.
Top
Post Reply
1 post • Page 1 of 1

Users browsing this forum: No registered users and 1 guest